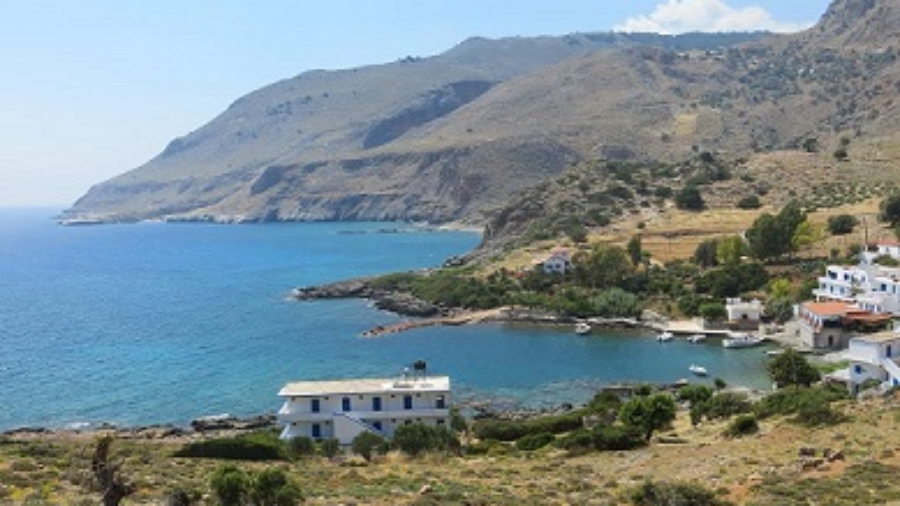 Explore a Pauline site on Crete with Dr. Mark Wilson

Mother’s Day found me in the Tsiknakis country bakery on the island of Crete. I was eating a muffin and drinking a cappuccino while sending good wishes to my wife Dindy via Skype. My morning started at Fair Havens—Kalloi Limenoi—where I took photos of the harbor where Paul’s ship had stopped on his voyage to Rome (Acts 27:8–12). The ugly facilities of a modern oil terminal failed to dispel the magic of the location. Here Paul had tried to persuade the ship’s owner, its captain and his guard that continuing on their voyage could prove fatal. However, the promise of a large payout, if successful, caused them to ignore Paul’s warning. What did Paul know anyway? Quite a bit actually: He had already experienced three shipwrecks and had spent a day and night adrift at sea (2 Corinthians 11:25–26).

My drive westward had taken numerous turns along a spectacular coastal route beneath Crete’s White Mountains. A weather phenomenon related to these mountains is well known to meteorologists: northerly winds from the Aegean strike their northern face. After ascending to its peaks, the winds then flow down the southern slopes and cause intense turbulence in the sea below. A blast of air from the northeast—the Euraquilo—caused the tremendous storm that threatened Paul’s ship (Acts 27:13–15).

The plan had been for Paul’s ship to winter in Phoenix, a port with natural harbors facing southwest and northwest. My own travel to Phoenix was easy: Disembarking by ferry from Hora Sfakion, I arrived at its eastern harbor, modern Loutro. I passed the ruins of ancient Phoenix as I followed the path to the other side of the peninsula. A half hour later I was drinking iced coffee in the Old Phoenix Hotel. A copper plate hanging on a wall caught my attention: It was a wind rose written in ancient Greek. A month earlier I had never heard of wind roses. But after reading a doctoral dissertation by Dan Davis on ancient sailing on the Mediterranean, I knew their purpose. Ancient sailors used these graphs, which name either eight or twelve winds, as primitive compasses to orient themselves on the open sea and to determine the direction for sailing. A wind rose naming the Euraquilo wind was found inscribed in a stone pavement in Thugga, Tunisia. The Tower of the Winds in Athens is the most famous example of a wind rose with personifications of the eight winds carved on its elegant friezes.

But Phoenix was not to be for Paul. The Euraquilo caused Paul’s ship to be blown south toward the island of Cauda, modern Gavdos. My hope was to visit Cauda also, but the ferry’s twice-weekly schedule did not fit mine. Cauda likewise failed to provide a refuge for Paul’s ship, which was cast adrift for two weeks with 276 persons aboard before wrecking on the coast of Malta (Acts 27).

As I looked back at Phoenix’s eastern harbor from the ferry returning to Sfakion, I got to thinking: What if Paul’s ship had made it there? He wouldn’t have had an angelic visitation announcing the salvation of all on board. Paul wouldn’t have received the hospitality of Malta’s governor Publius or healed his father. Phoenix represented those “might have been” places that I had never reached either. But Paul did eventually arrive at his goal: Rome. And I decided that I will arrive at my destination too, if I persevere and don’t dwell on the places that might have been.