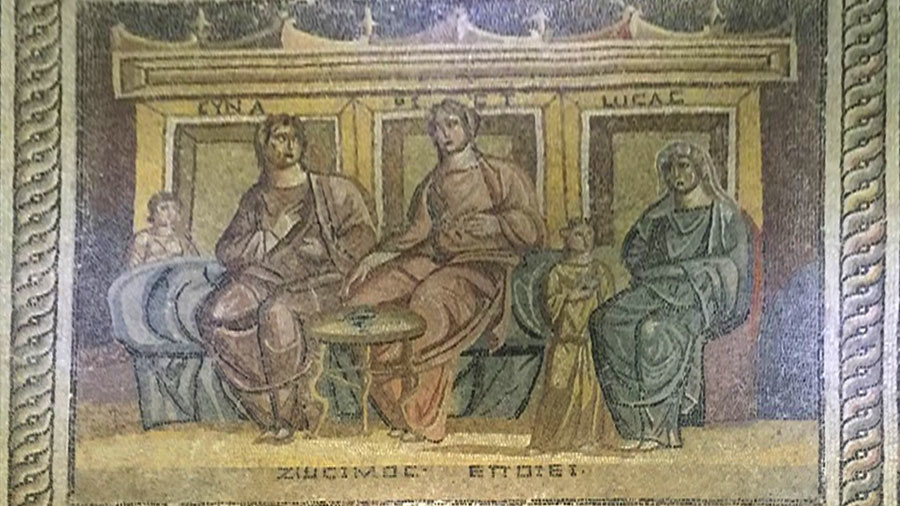 The business of archaeology is booming these days in Turkey. For some sites, there is no longer a “season” for excavations; they continue year round. With each new discovery, this mantra is repeated: “More tourists will now visit the site.” To house all the fresh finds, new museums are being built. So I recently hit the road to see several of these.

While the archaeology museum in Antakya (ancient Antioch) was formerly in the city center, the new Hatay Archaeological Museum has been built north of the city past the Grotto of Saint Peter. Its displays are arranged chronologically with excellent presentations of the nearby sites of Tell Atchana and Tell Tayinat. The “Smurf-like” statue of King Suppiluliuma grabs one’s attention. The Roman period is represented with a well-preserved milestone from the period of Vespasian. Pride of place still goes to the Late Roman mosaics from the villas and bathhouses of nearby Daphne. However, their restoration has been shrouded in controversy with charges of an incompetent job. Compared to the mosaics in the other museums that I visited, the colors in these were dull and lifeless.

In Gaziantep I stopped at the Zeugma Mosaic Museum, the world’s largest mosaic museum. Although this museum is now several years old, I had only visited the old mosaic museum. Rescue excavations at Zeugma in the late 1990s on the Euphrates River brought to light outstanding mosaics from its Roman villas. These are now displayed in an attractive, well-lit fashion. I almost missed the mosaic with the iconic face of the gypsy girl, featured on all of the museum’s souvenirs. It is tucked away in its own corner room, so fortunately a guard directed me into its darkened corridor. This museum is a must-visit while in the area.

At Şanlıurfa I was astounded by the massive new archaeology museum there. Again arranged chronologically, artifacts from the Paleolithic site of Göbekli Tepe comprise many of these displays. The dioramas depicting life at that time were visually appealing to Turkish children visiting the museum. The artifacts from Late Antiquity were especially interesting because Edessa, the city’s ancient name, was a center of Syriac culture. The dress of the figures was definitely eastern, and their inscriptions were in Syriac. I was disappointed that no displays featured the rich Jewish and Christian history of Edessa, chronicled decades ago by Judah Segal. Several years ago construction work south of the museum revealed a number of mosaics. To their credit, local officials preserved the mosaics and built a large, dome over them. Unlike the mosaics in the museums at Antakya and Gaziantep, the mosaics in Urfa’s Haleplibahçe Museum are in situ. Displayed near the exit is the Orpheus mosaic repatriated from the Dallas Museum of Fine Art.

My visits to these super-sized new museums raised a comparison with the Ephesus Archaeology Museum that reopened earlier this year. Rather than build a new structure to house the multitudinous artifacts from Ephesus, Turkey’s most visited archaeological site, local authorities simply remodeled the old, small museum. The result is a disappointing display of familiar pieces with minimal explanation; for example, “Roman period.” Given that the Austrian Archaeological Institute has been excavating in Ephesus for over a century, it is surprising that the signage is not in German as well as in Turkish and English.

It is wonderful that the signage in these museums is now in English. But why isn’t a native English speaker brought in to proofread these? Frequent grammatical errors dotting these signs create an unnecessary annoyance. One object’s mistranslation brought a smile to my face in the museum at Urfa: “Wave Tunes.” The artifact was in a display of cooking utensils, and the Turkish phrase “Ezgi Taşı” should have been translated “Grinding Stone.”

Because of the unstable security situation along the Syrian border, few foreign tourists are visiting southeastern Turkey now. Our BAS trip to the area was cancelled two years ago. The only group that I saw was a small American one in the Gaziantep Museum. I purposely traveled by public bus between and in these cities and walked extensively in their streets. I never felt unsafe at all. Normal life continues, although many Syrian refugees can be seen in the cities. Hopefully the marvelous artifacts in these new archaeology museums will soon be seen by more than just local people.